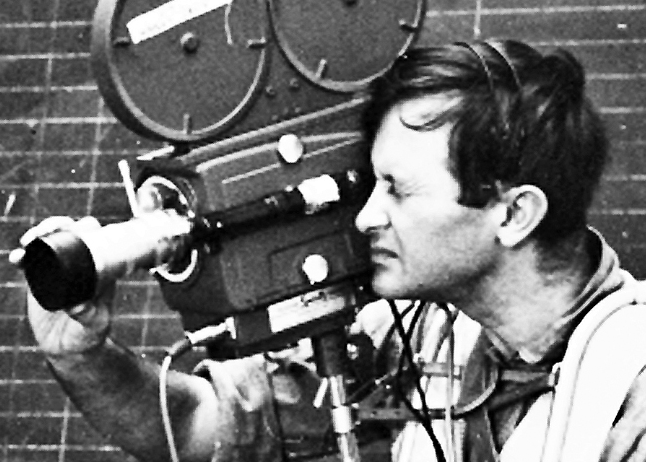 Albert Maysles had a short, glorious career at Drew Associates before departing in 1961 to work with his brother, David, making brilliant films such as Salesman and the direct cinema classic, Grey Gardens.

Maysles was a member of the core, founding crew at what became Drew Associates: Robert Drew, Richard Leacock, and D.A. Pennebaker. Maysles and Pennebaker had gotten to know each other in Moscow, where they were each making a film in the late 1950s.

Maysles’ camerawork in “Primary” is the stuff of documentary legend. Maysles captured the shot of John F. Kennedy wading into an adoring crowd at a union hall in Milwaukee on the last night of his primary campaign, love pouring into the wide-angle lens on Maysles’ camera, which he held over his head as he walked behind Kennedy. Maysles, who had been assigned to focus on Jacqueline Kennedy at the rally, also got the famous shot of Jacqueline from behind at the podium, tight on her hands as she nervously twiddled her white-gloved fingers while greeting the crowd.

Maysles was never an “Associate,” meaning that he was not a partner in the company, Drew Associates. That was by his choice. He said in later years that he hadn’t wanted to make films exclusively for the company, which was a requirement to become an Associate. Maysles was nevertheless generous in his praise of working with the Drew crew on films like “Primary,” “Yanki No!” and “On The Pole,” saying he was grateful for the opportunity to be a key participant in the filmmaking revolution.

Albert Maysles passed away in 2015. He made films to the end. His last films, including “Iris,” produced by his daughter, Rebekah Maysles, along with Laura Coxson and Jennifer Ash Ruddick, and “In Transit“, co-directed by Lynn True, David Usui, Nelson Walker and Ben Wu, were subjects of the heart for him. And that man had a big heart.