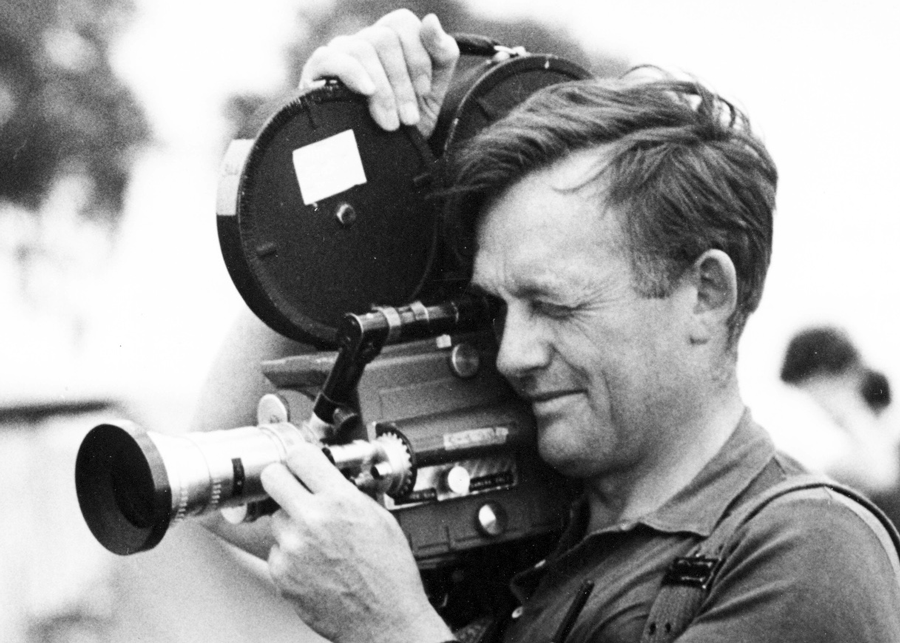 Robert Drew loved to tell the story of how he met Richard Leacock. Drew was at Harvard on a Nieman fellowship, watching lots of television as he was trying to figure out why documentaries of the time were so lifeless. One Sunday night, a program came on the screen, “Toby and the Tall Corn,” that was full of life. He set out to find out who was behind the remarkable show on Omnibus, that delivered a strong sense of being there in spite of inane narration.

Here’s how Drew told the story:

“I flew from Boston to New York and asked the executive producer, Bob Saudek, why ‘Toby’ was so powerful. ‘Because I assigned Russell Lynes to write the narration,’ Saudek replied.

“I asked Russell Lynes the same question. ‘Because I focused the narration on the economics of the tent show,’ he replied.

“I found cameraman-director Richard Leacock at an editing machine in the basement of a townhouse. Hardly looking up from his editing, he responded, ‘Because Russell Lynes wrote the narration, ‘ with a smile.

“Leacock and I went out for coffee. What we discovered that day was our mutual interest in making the impossible possible.”

The breakthrough in reality filmmaking was a result of Drew’s relationship with Leacock, which Drew once described as a “love affair” at a panel with Leacock. The two men worked closely together for about six years before Leacock broke off and in 1963 formed his own company with D.A. Pennebaker, whom he had brought into Drew Associates.

Richard Leacock’s website has information about his long and illustrious career as a filmmaker and beloved MIT film professor.

His multi-media memoir, The Feeling of Being There, combines writings, film clips, recipes (!) and more.

And “How to Smell a Rose,” a delightful film by Les Blank and Gina Leibrecht, tells of a visit with Leacock in Normandy in 2000, and is rich with clips and some of the most memorable moments of Leacock’s career.

Richard Leacock passed away in 2011.