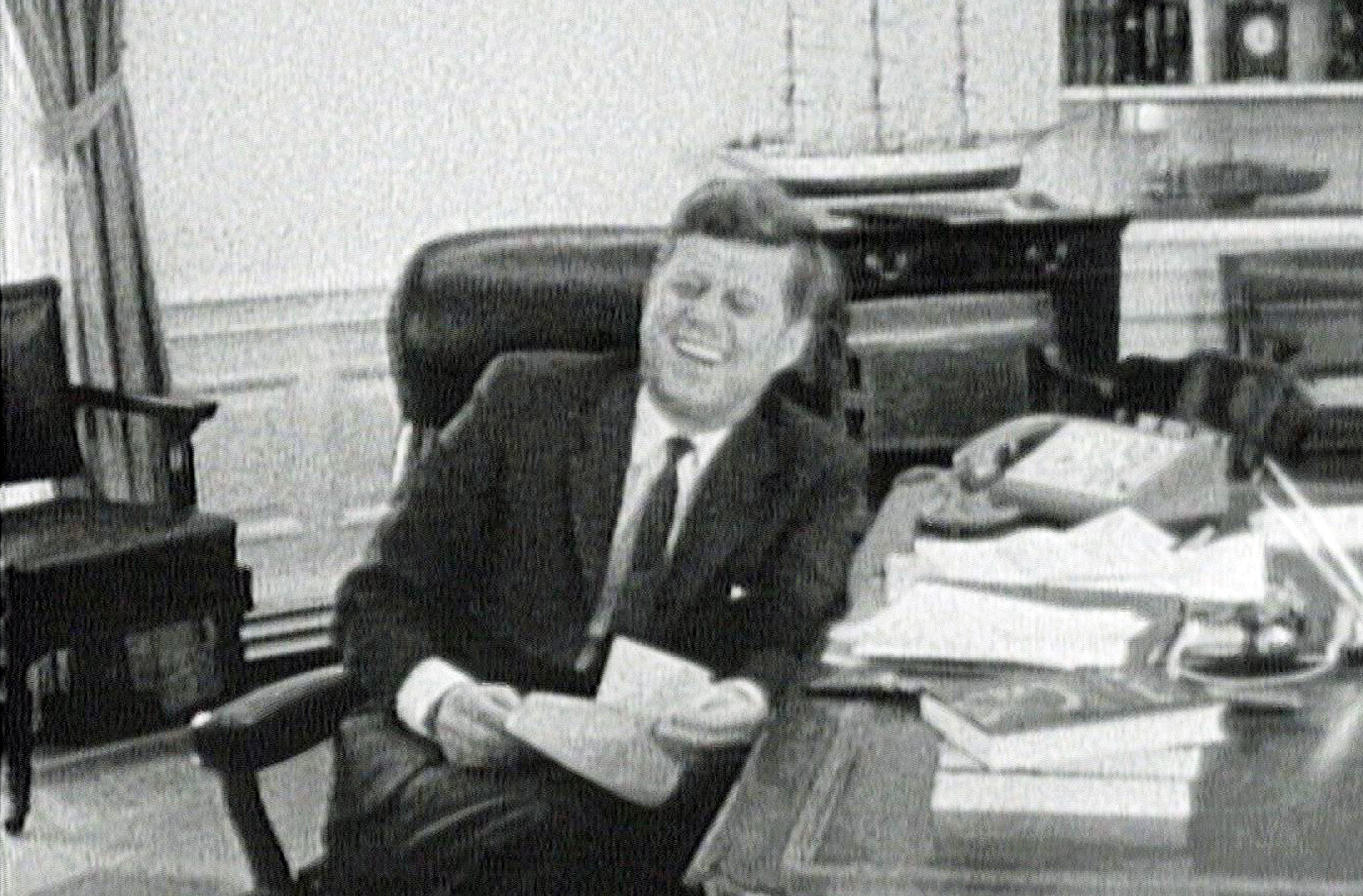 A portrait of John F. Kennedy’s inauguration and early days in office offers an unprecedented look inside the workings of the White House. Robert Drew made the film as a test to see if President Kennedy could forget the cameras as he had done when Drew produced the breakthrough 1960 film “Primary,” which for the first time followed characters with sync-sound cameras through an ongoing story. Drew and Kennedy had an understanding that Drew might later make a film that captured Kennedy as he made substantive decisions from the Oval Office. That understanding became reality in the 1963 film, “Crisis: Behind a Presidential Commitment.”

Adventures on the New Frontier is a smorgasbord of a film, with many tidbits. One: a scene in which John Kenneth Gailbraith, the economist and then-presidential speechwriter (Kennedy soon appointed him U.S. ambassador to India), and writer John Steinbeck are in a limousine with their spouses dissecting Kennedy’s inaugural speech. Another: Kennedy’s sister Eunice Shriver arrives in the Oval Office to help him autograph photos for nieces and nephews. Other scenes include Kennedy meeting with John J. McCloy, his disarmament advisor; Walter Heller, the chairman of his Council of Economic Advisors, and the Joint Chiefs of Staff.