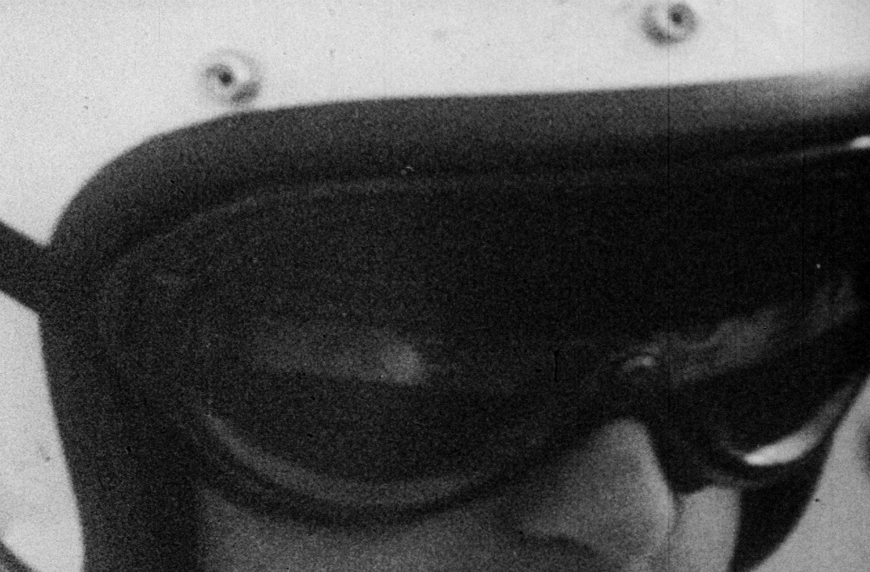 "A dandy study of an automobile racing driver... made in a notably fresh and stimulating cinematic reporting style"

"An excellent feature story told in TV terms. Mr. Sachs did not win the race -- his car had mechanical difficulties -- but he ran far ahead in an ability to communicate the mood and drive of his precarious livelihood."

"Auto racing, often no more than a blur of beetling insects and persistent angry roars to the disinterested onlookers, presented in personal, breathtaking terms"

One of Drew Associates’ early masterworks, “On The Pole” rides along with beloved American auto racer Eddie Sachs as he tries to capture his dream – to win the Indianapolis 500. Filmed in May, 1960, this was only the second film to use newly engineered cameras and sound recorders of Drew Associates’ design and to employ Drew’s novel editing methods, which conveyed a feeling of being in the middle of the action in a real-life drama.

With intense concentration and intimacy, the film captures the overwhelming anticipation and fervor that builds as Sachs – one of the most charismatic drivers in Indy history – prepares to take the lead position in the starting lineup (or, “on the pole”) in the 1960 Indy 500. Piecing together scenes of before, during and after the race, the film offers a penetrating look at Sachs and the high-pressure world of racing, allowing viewers to experience what it feels like to participate in one of the world’s most dangerous sports.

CBS broadcast “On The Pole”as a prelude to the 1961 Indy race, airing it on the Thursday night before the Memorial Day event. Bosley Crowther, a New York Times arts writer, praised the film and argued that films like “On The Pole” should get theatrical distribution, writing on May 28, 1961 about the film: “The camera becomes not only an observer but also a companion, as it were, of Sachs — a constant and intimate attendant to which he often turns and informally talks. There is a minimum of off-screen narration, which was a familiar and often monotonous factor in the old ‘March of Time’ and in other documentary pictures. Natural conversation and sounds convey most of the needed information and adjectival atmosphere. It is a further and broader exercise of a kind of nervous candid camera technique that [Drew Associates] prospected last year in ‘Primary,’ their Robert Flaherty Award-winning film about the John F. Kennedy-Hubert H. Humphrey primary campaign in Wisconsin, which should have hit theatre screens (but hasn’t yet).”

In the article, Crowther reported that Drew Associates would be filming the 1961 race, too, with plans to add that footage to the original “On The Pole” to create a new film. “They will shoot this time in color (last year they shot in black and white), and should Sachs win or some other valid dramatic climax occur, they think they may have a superior feature film about a racing-driver’s life. They should, indeed, and if it comes out as naturally and graphically as what they already have, with the added element of a climax, it should be a phenomenon.”

Crowther was right about the new film, titled “Eddie.” Though it did not play in U.S. theatres, “Eddie” did get a special four-week run at La Pagode Theatre, the most famous avant-garde cinema house in Paris, in March, 1962. It created a sensation. The top ten Paris movie critics rated it the best film to open in the city between January and April (besting “West Side Story”). Critics hailed “Eddie” and two other Drew Associates films screened with it (“Primary” and “Kenya”) for creating a revolution in motion pictures. The candid filming techniques, embraced by the French New Wave, were widely copied and became known as the American version of cinema verite, or direct cinema.

Drew updated “On The Pole” one more time, after Eddie Sachs was tragically killed in a fiery seven-car crash in the 1964 Indy 500. That final film, titled “On The Pole: Eddie Sachs,” was issued on DVD in 2013 and is available for streaming at SundanceNow.com.