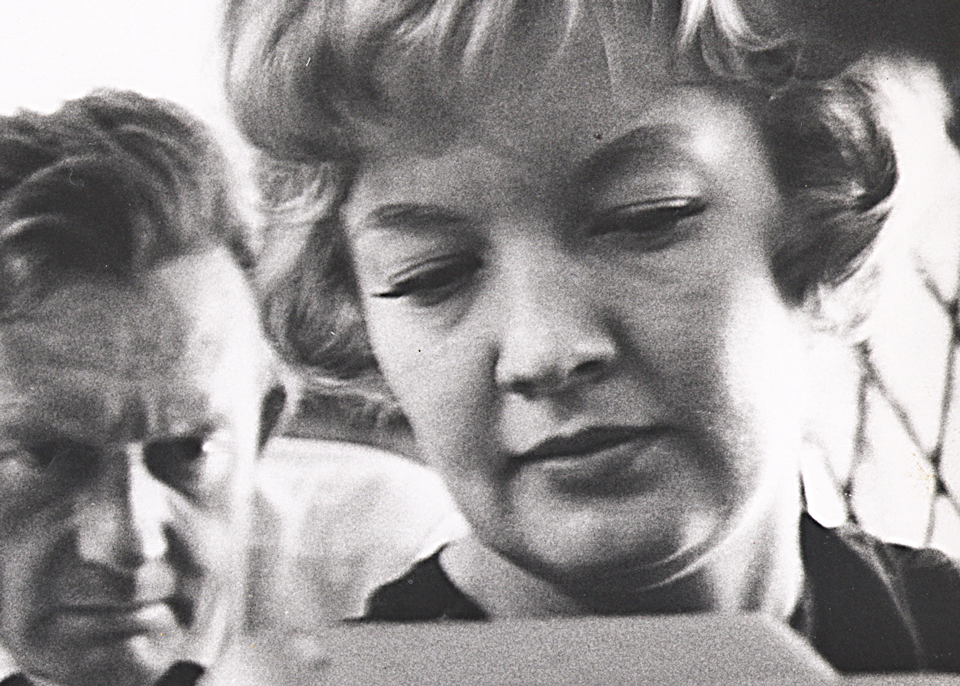 Hope Ryden joined Drew Associates in a roundabout way. She had taught herself photography while working as a flight attendant on overseas assignments. In the late 1950s, commericial airline crews were afforded a couple of days, or more, of free time at their destinations, as the planes were readied for their scheduled trips back to the U.S.

Ryden used that time to take photos and, soon, she started getting them published. She was eager to try her hand at motion pictures and was wearying of all the overseas travel. Through a friend of a friend, she got an interview with Robert Drew. He hired her on the spot and she spent the next three years at Drew Associates making films.

Drew recalled that Ryden had a great eye for a story and was relentless about getting it produced. Some of her most memorable films were “Susan Starr” about a young concert pianist and her overbearing mother, and “Jane,” which followed a young Jane Fonda preparing for a starring role on Broadway, in what turned out to be a flop. Drew marveled at Ryden’s ability to negotiate with the myriad theatrical unions and Fonda’s manager to get the permissions needed to make the film.

It is telling that Ryden was the only female “Associate” at that time at Drew Associates, meaning she was a partner in the company. Ryden spoke privately years later about the difficulties of being a woman in the ultra-competitive world of making films, though she said that Drew was a huge supporter and always focused on her talent.

After she left Drew Associates, Ryden worked for ABC as a documentary producer, but then went on to become an award-winning photographer and author of books about animals in the wild. She was a frequent contributor to National Geographic, which published this biography on its website.

Ryden once described how she learned at Drew Associates to observe and capture real life happening without interfering in it. She took that philosophy into the field as a gifted nature photographer, often spending weeks camped out in the wilds observing animals she wanted to learn and write about. Her techniques allowed her to observe animal behaviors that had not before been documented and were instrumental in campaigns to save wild horses in the West from slaughter and to better understand the ways of the coyote. Her book on the coyote, God’s Dog, is one of 25 books Ryden wrote on nature subjects.

Ryden appeared on a panel at the Stranger Than Fiction documentary series in October, 2014 to discuss “Jane,” the 1962 film that is now recognized as a classic film about Broadway. Also on the panel were filmmakers D.A. Pennebaker, cinematographer for the film, and Nell Cox, who edited it.