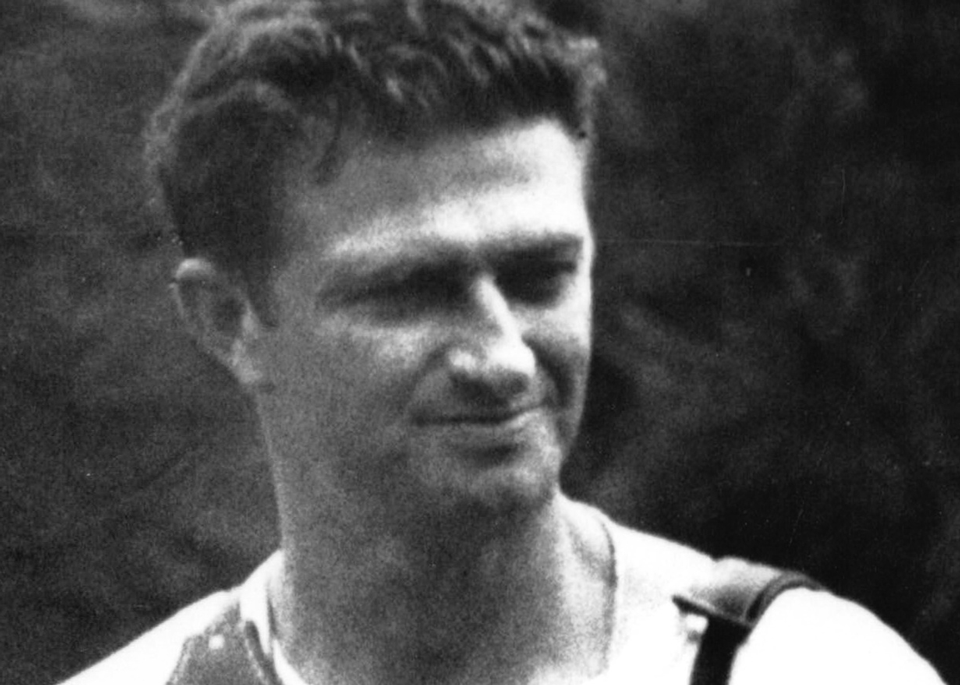 Robert Drew back in 1962 described James Lipscomb, then working as a correspondent for Drew Associates, as a person who could do it all: write, operate a camera, take sound, produce, edit, narrate.

Lipscomb joined Drew Associates by way of Life Magazine, where he was an editor. Early in his tenure at Drew Associates, Lipscomb produced a film that became a classic, “Mooney vs. Fowle.” It was later credited with being the start of a new genre of filmmaking on sports topics: “Before ‘Friday Night Lights,’ there was ‘Mooney vs. Fowle,'” wrote documentary film curator Thom Powers.

Drew later wrote about how impressed he was with Lipscomb’s handling of “Football,” the in-house name for the film: “Correspondent Jim Lipscomb wants to shoot a film on high school football — his high school in Miami, Florida, where he was senior class president. I okay it in a phone call from Europe. By the time I get home it is half-edited, ready for my final editing. It turns out to be brilliant. My editing is minimal. I am thrilled because I am hoping to train others to make whole candid films so I can produce one a week throughout the year.”

Although the Miami football crowd at the time found it difficult to embrace such a candid film, the likes of which they had never seen, “Mooney vs. Fowle” played to a packed and enthusiastic house at its 50th anniversary showing at the 2011 Miami Film Festival. Filmmaker Frederick Wiseman named it as one of his four favorite documentaries. Lipscomb, Drew, Hope Ryden and other members of the Drew team discussed the film when it was screened at New York’s IFC Center in the Spring of 2011 as part of Thom Powers’ Stranger Than Fiction documentary series.

Lipscomb was the member of the Drew team to convince Gov. George Wallace to allow cameras to follow him during the University of Alabama integration confrontation, in the film “Crisis: Behind a Presidential Commitment.” Lipscomb was also the principal cinematographer on “Faces of November,” a filmic tone poem on President John F. Kennedy’s funeral and perhaps the most artistic film ever produced by Drew Associates.

And in a rarity for a Drew film, Lipscomb actually appears on screen briefly at the beginning of “Storm Signal,” a film for which he was effectively the lead filmmaker. It tells the story of two heroin addicts who are raising a toddler. They live a quiet, somewhat banal life, that includes shooting up on camera. Lipscomb’s on-camera appearance is an attempt to front-run criticism for filming scenes of illegal activity and drug abuse without intervening to stop it. He explains the goal of the filmmakers, which is to bring awareness to the scourge of addiction, and describes how the filmmakers were able to live with the couple for months, recording events as their lives unfolded. Drew and Lipscomb fought over the editing of the film and itwas the last film Lipscomb worked on at Drew Associates.

Here’s how National Public Radio described “Polar Bear Alert,” which Lipscomb produced for National Geographic: “NatGeo’s film was rich with bear clawings, bear murders. The most vivid scene was filmed in the tundra, when producer James Lipscomb was left alone in a rebar cage to await arriving polar bears. When they arrived and began snarling and clawing, he was in their faces, behind bars, filming. It was hot tape. It kicked off a vogue of cameraman-in-the-cage sequences in nature films about scary sharks, crocodiles, and grizzlies.”

Lipscomb died in early 2017. A video montage of his works at Drew Associates is viewable here.