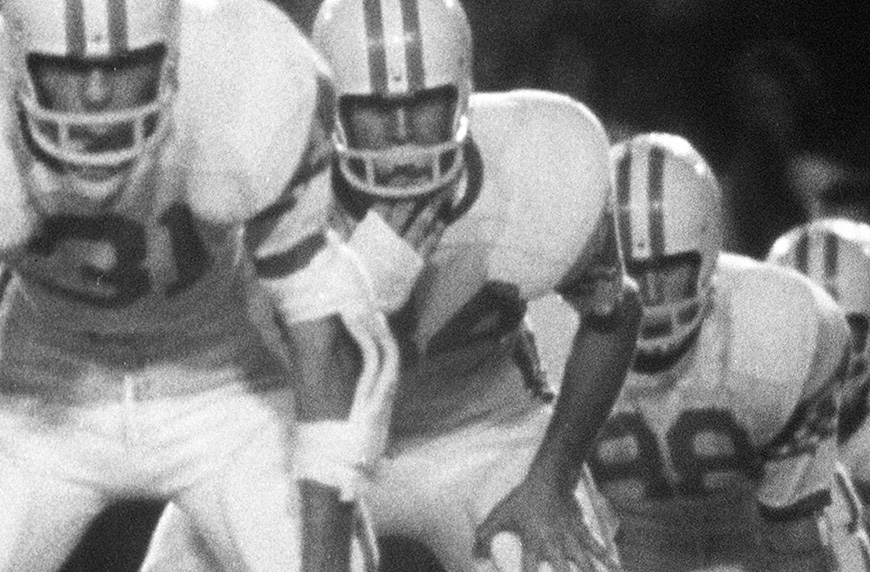 "An early and near legendary example of American direct cinema"

Christopher Campbell, Nothing But the Doc

"A story that used a football for suspense instead of an operating table or a Colt .45"

This classic documentary from 1961 is one of the first to portray football as a social and cultural phenomenon. Concentrating on the state high school championship held at the Orange Bowl in Miami, “Mooney vs. Fowle” follows two coaches – Heywood Fowle of Edison High and Otis Mooney of Miami High – as they prepare their teams for a legendary showdown. Built up over 40 years, the rivalry between the two schools has reached a fever pitch that draws more than 40,000 spectators. Vividly bringing to life the intensity, pressure and excitement swirling around one epic face-off, the film surveys the stakes of intense competition.