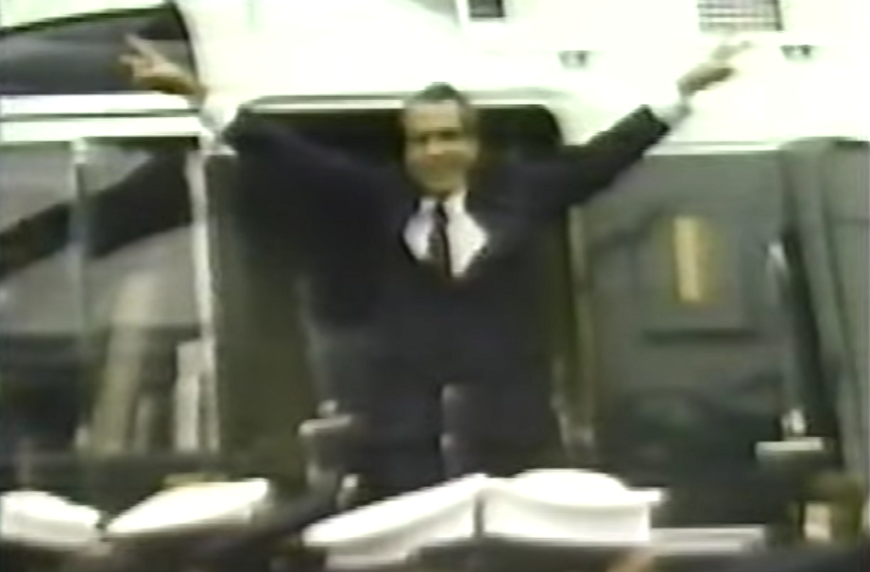 784 Days That Changed America: From Watergate to Resignation

Ten years after the Watergate scandal, this retrospective report condenses two years of American history into a two-hour television special. Narrated by one of its executive producers, journalist Nancy Dickerson, the program combines television coverage from 1972-3 with interviews of many of those who were intimately involved to put events into a perspective that otherwise might have been lost.  “It would be a great thing if this program could be shown in every high school and college in the country,” said Judge John Sirica, the chief judge for the U.S. District Court for the District of Columbia, who famously ordered then-President Richard Nixon to turn over his taped recordings of White House conversations.

Although it won a prestigious Peabody award, among others, People Magazine wasn’t impressed. It noted the program in its Picks and Pans in its June 21, 1982 edition: “Remember John Dean’s description of a ‘cancer’ growing on the Presidency? Alexander Butter-field’s revelation of bugs in the Oval Office? Richard Nixon’s ‘I’m not a crook’? Relive all those moments and more in this compendium of Watergate’s Greatest Bits, narrated by Nancy Dickerson. Unfortunately, the show, on the 10th anniversary of the break-in, is little more than a jumble of taped events totally lacking a point of view.”