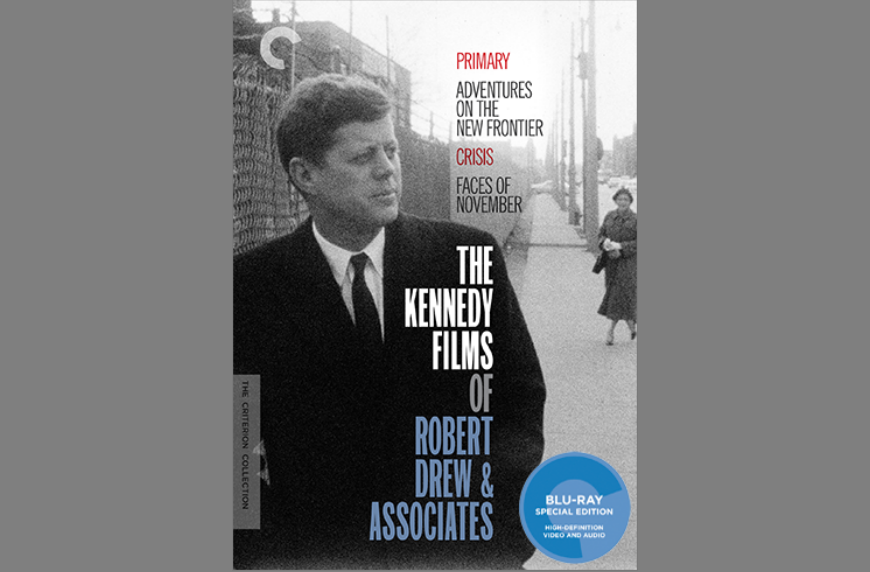 "The films feel like pieces of eternally renewable time"

Remastered for unparalleled visual and audio quality, these are the four classic films that form the bedrock of what President John F. Kennedy understood would be a new form of history.

The films, produced by Robert Drew and his Drew Associates — including famed filmmakers Richard Leacock, D.A. Pennebaker and Albert Maysles — trace the promising-to-tragic political arc the nation’s 35th President. Filmed in what was then a revolutionary style that came to be known as American cinema verite, the four films capture the drama of Kennedy’s primary campaign in 1960 (PRIMARY), his inauguration and first days in office (ADVENTURES ON THE NEW FRONTIER), the top-level strategizing in the Oval Office during the forced integration of the University of Alabama during the summer of 1963 (CRISIS: BEHIND A PRESIDENTIAL COMMITMENT), to the funeral of the assassinated President (FACES OF NOVEMBER) in November of that same year.