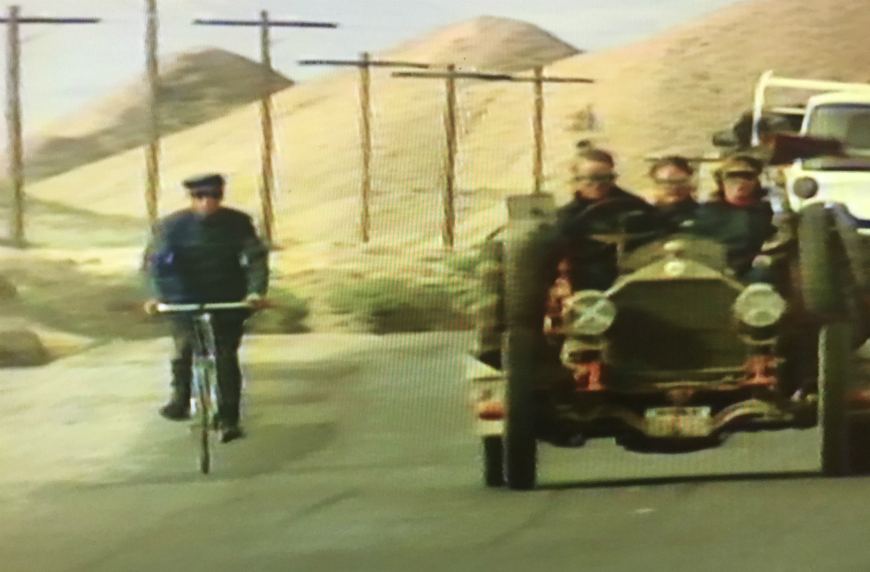 In London on April 7, 1990 a cavalcade of 61 vehicles embarked on an adventure to traverse two continents and cover more than 9,000 miles, ending on June 4, 1990 in Beijing, exactly one year after Tiananmen Square. The London-Peking Motor Challenge was a lark organized by the Jules Verne Society. Drew Associates’ film crew joined 20 teams of drivers whose cars were as diverse as their personalities as they made their way up mountains and through deserts. The oldest car embarking on the journey was a 1912 Simplex and the newest car was a prototype of the Hummer, which at the time was not yet available for commercial purchase. Different teams faced different challenges, and some were quite large. But the love each driver had for his vehicle is evident. 1990 was the first year that Western cars were allowed to travel through Russia for recreational purpose since the formation of the Soviet Union. We see the wonder in the eyes of the crowds as they line the roads as the auto adventurers pass, perhaps the first traces of a cultural divide dissolving over the shared love of cars. The film was broadcast on ESPN.