“The Children Were Watching” Joins The Criterion Channel

The latest Drew Associates classic film to join the lineup at The Criterion Channel is The Children Were Watching. This 26-minute documentary, filmed by Richard Leacock, lets you feel what it was like to be there in 1960 when Ruby Bridges, Tessie Prevost, and other young African-American children bravely integrated the William Frantz Elementary School Read More

Our hearts are heavy with the news that D.A. Pennebaker, our friend and master filmmaker, has died. His passion to capture life on film, without artifice or interference, led him early in his career to three others who had similar visions: Robert Drew, Richard Leacock, and Albert Maysles. That team invented a new form of Read More

Elizabeth Chai Vasarhelyi and Jimmy Chin, the filmmaking team behind Meru and this year’s Free Solo, are the winners of the 2018 Robert and Anne Drew Award for Documentary Excellence, which recognizes a mid-career filmmaker distinguished for observational cinema. They will share a $5,000 cash prize sponsored by Drew Associates. The award will be presented Read More

Filmmaking partners Heidi Ewing and Rachel Grady are the winners of the 2017 Robert and Anne Drew Award for Documentary Excellence, which recognizes a mid-career filmmaker distinguished for observational cinema. They will share a $5,000 cash prize sponsored by Drew Associates. The award will be presented at the Visionaries Tribute Award Luncheon at the DOC NYC Read More

Dawn Porter, director of “Trapped,” is the winner of the 2016 Robert and Anne Drew Award for Documentary Excellence, which recognizes a mid-career filmmaker distinguished for observational cinema. She will receive a $5,000 cash prize sponsored by Drew Associates. The award will be presented at the Visionaries Tribute Award Luncheon at the DOC NYC Festival Read More

In his inimitable way, Richard Brody of The New Yorker probes the connecting points between filmmakers and their art of observational cinema in his most recent review of Albert and David Maysles’ work (with a nod to Robert Drew), screening now at a beautiful retrospective at The Film Forum. Read Brody’s full essay here.

Watching the inter-cut scenes of Hubert Humphrey shaking hands with farmers, then John F. Kennedy stirring young women into a “pre-Beatlemania frenzy,” Boston Globe reviewer Peter Keough had this to say about the films in The Criterion Collection’s re-mastered disc release of The Kennedy Films of Robert Drew & Associates: “…the point is clear: The Read More

Since 1960 every Democratic Presidential nominee has won the Wisconsin primary. Learn more about the 1960 Wisconsin primary where JFK solidified his position as one of the most important figures in American Politics at The Criterion Collection. Criterion provides insight about this historic election with clips from Primary, the revolutionary documentary providing never before seen insight Read More

On April 6, The Criterion Collection will host its first-ever “Criterion Collection Live!” event at The Metrograph in Manhattan. Designed to give ticketholders a peek into Criterion’s discriminating process for picking films to add to its collection, and its process of remastering them for optimal visual and audio quality, the night will also feature discussions Read More

Remastered for unparalleled visual and audio quality, the four Kennedy films produced by Robert Drew and his Associates, will be released on disc by The Criterion Collection on April 26. These are the classic films that form the bedrock of what President John F. Kennedy understood would be a new form of history. Drew and Read More

These are rarely seen, cutting-edge films that form the bedrock of early American cinéma vérité. Robert Drew’s vision went far beyond his breakthrough film, PRIMARY, when he and Richard Leacock trained the world’s first sync-sound camera rig on John F. Kennedy campaigning for president. Drew set out to prove that there was a superior way Read More

(from the Oct. 13, 2015 DOC NYC press release)  The Robert and Anne Drew Award for Documentary Excellence goes to a mid-career filmmaker distinguished for observational cinema. This year’s recipient is Kim Longinotto, who will receive a $5,000 cash prize sponsored by Drew Associates. For more than thirty years, Longinotto has made acclaimed documentaries that Read More

(from October 31, 2014 DOC NYC press release) Laura Poitras (CITIZENFOUR) will receive DOC NYC’s first annual Robert and Anne Drew Award for Documentary Excellence, a $5000 prize to celebrate the work of a mid-career documentary maker upholding the traditions of observational cinema. The award will be formally presented at the DOC NYC Visionaries Tribute at Read More

Documentary filmmaker Robert L. Drew, a father of American cinéma vérité, died today at his home in Sharon, Connecticut. He was 90 years old. Drew and his associates pioneered a new kind of reality filmmaking in the early 1960s that is now a staple of the documentary form. Drew made more than 100 films over Read More

News and Events by Category 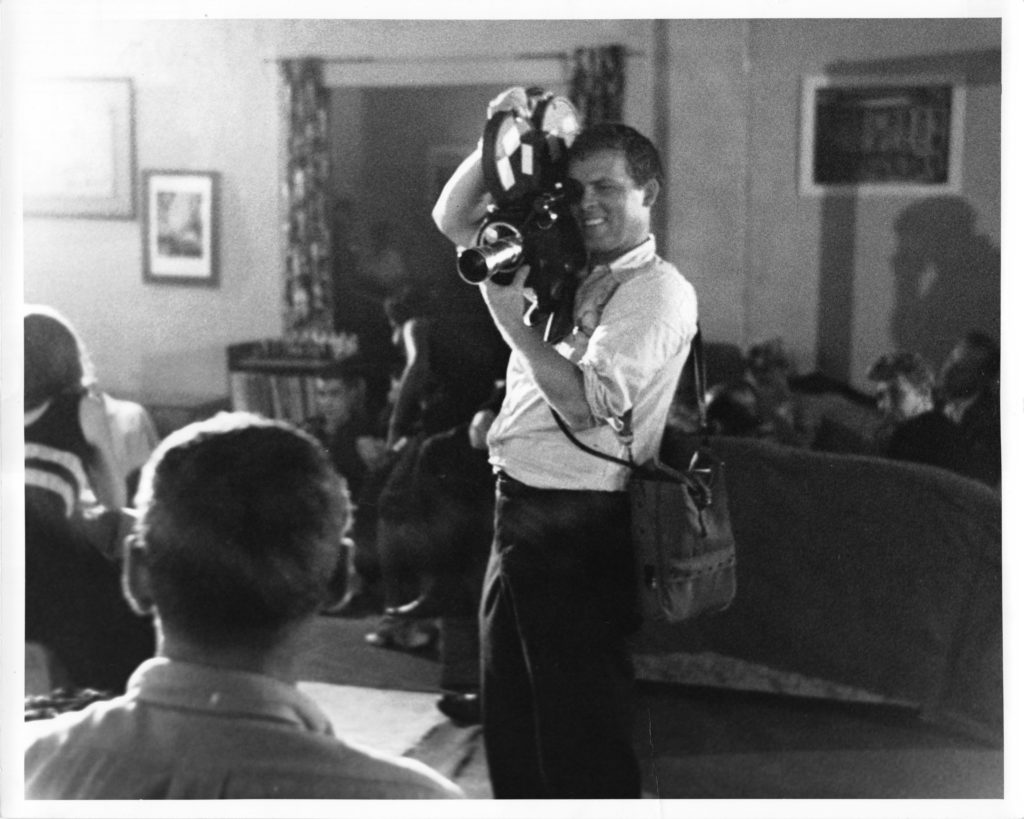 Our hearts are heavy with the news that D.A. Pennebaker, our friend and master filmmaker, has died. His passion to capture life on film, without artifice or interference, led him early in his career to three others who had similar visions: Robert Drew, Richard Leacock, and Albert Maysles. That team invented a new form of storytelling that lives on as a staple of today’s documentary form, called American cinema verité.

These pioneers had to literally invent the equipment that could allow stories to be told the way they envisioned. And the on-the-ground problem-solving required both genius and grunt work. For example, for the groundbreaking film “Primary,” about the 1960 Kennedy-Humphrey primary election in Wisconsin, Pennebaker used his engineering training to set up special equipment for the team to collaborate in editing the unique footage. The team was trying out a custom-built, cut-down camera linked to a portable tape recorder so they could record visuals and synchronized audio while moving with the characters they were filming – which had never been done before. But they discovered that nothing was in sync. The magic cable apparently had broken. The filmmakers had to spend weeks working around the clock with a “resolver” – with Penny turning a crank that could either speed up or slow down the film to match up with the audio.

This new form of cinema required both vision and practical skills. It took people like Penny who knew how stuff worked, who could help fashion new equipment and fix it when it broke, to capture and deliver on the dream. Of course, Pennebaker’s talents as a young filmmaker went far beyond the technical. In films like “David” and “Jane,”  his long camera holds and penetrating closeups made for deep viewer bonding with the films’ characters. That distinctive style is part of the art in “Crisis: Behind A Presidential Commitment.” Pennebaker and Greg Shuker, one of the film’s co-producers who also took sound, are the only two independent filmmakers to ever candidly film a president inside the Oval Office making real decisions.

Pennebaker’s legendary films – Dont Look Back, Monterey Pop, The War Room (which he made with his wife and filmmaking partner extraordinaire Chris Hegedus), and so many others—are treasures of the form. He was a giant of filmmaking and he will be sorely missed.

Go here for a filmography and description of Penny’s work at Drew Associates. For the full arc of Pennebaker’s career, go to Pennebaker Hegedus Films.

To watch “Crisis: Behind A Presidential Commitment,” go here